Resources for the Educator – Movie: Addes

You are here:
Practice 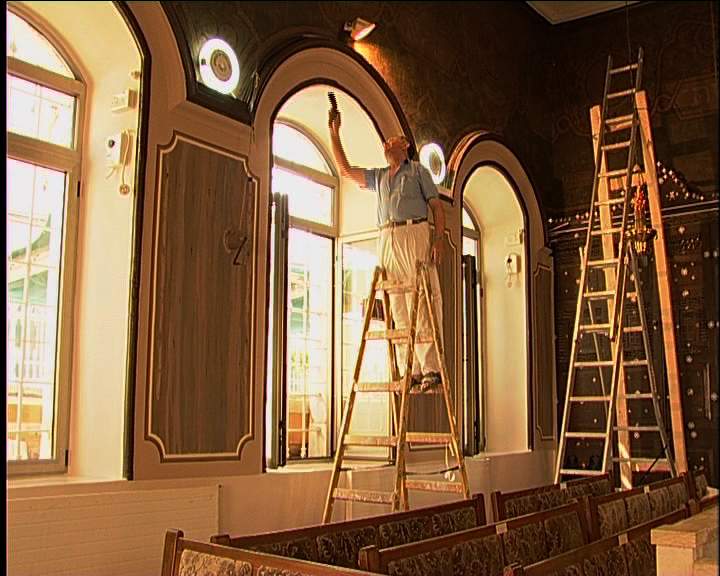 We are delighted to share a new movie resource, a discussion guide for the documentary film “Addes”, made by Avital Livneh Levy at the Ma’aleh Film School in Jerusalem.

Synopsis of the Movie

The famous Addes synagogue in the Nachlaot neighborhood of Jerusalem is celebrating its 100th anniversary. And the synagogue’s long-time gabbai (the volunteer beadle) wants to redecorate and update the synagogue to attract new worshippers. But his attempts to paint and renovate ignite deep divisions amongst the regulars and raise questions about tradition, memory, the old versus the new, and the nature of community.

In this movie we learn about the Addes synagogue in Nachlaot, established by Syrian immigrants from Aleppo, who moved to Jerusalem over a hundred years ago. As the centennial anniversary of the synagogue approaches, the filmmaker introduces us to Yehezkel, the synagogue’s gabbai (beadle) who is essentially the community’s manager. Yehezkel wants to remodel the synagogue, paint over the historic murals and bring it up to date. Opposing him is Tzion, a well-respected regular, whose opposition to change is based on his understanding of how important it is to connect to tradition and continuity.

The film documents the conflict between the regulars over what to do about renovating the synagogue, and raises core questions about the nature of community, and the balance between change and continuity. How will the community members adjust to change? What will they choose to keep and what will throw away? And how can a community organize itself so that everyone can continue to feel connected, while giving space for leaders to lead?

“Addes” is all about the tension between change and continuity. Yehezkel recognizes that the synagogue is old and needs to be remodeled in order to attract more young people. And at the same time, the renovation would require that the historic wall murals will be painted over, and memorial plaques connected to the families of the regulars would have to be thrown away. What should be the balance between memory and history on one hand, and the need to change with the times on the other? This is an eternal question, played out in this movie in a very concrete example.

One of the key themes of the movie is that of leadership and authority. Yehezkel is one of the community leaders; he runs the finances, makes all the day-to-day decisions and considers himself indispensable to the running of the synagogue. And he doesn’t feel the need to conduct a democratic process when it comes to renovating the synagogue. Tzion doesn’t have an official role, but he nevertheless carries a great deal of moral authority. Other community members also have significant leadership roles, and yet others are followers, prepared to lend a hand when necessary but not to initiate.

What are the sources of authority of the various community members? At one point during an argument someone says to Yehezkel “this isn’t your father’s synagogue”, meaning that it isn’t his private family synagogue, but rather it belongs to the whole community.  But ownership here is a delicate notion – who owns the synagogue and on what basis? What rights (if any) come from having been part of the founding families, or from investing years in community service? Who owns Jewish community institutions? All of us equally or are some more equal than others?

Addes is available to download, for a small fee, from the Ma’ale film catalogue. You can watch a trailer for free.

Can Peoplehood Consciousness Narrow the Gap Between Israel and American Jewry?
ספטמבר 14, 2017