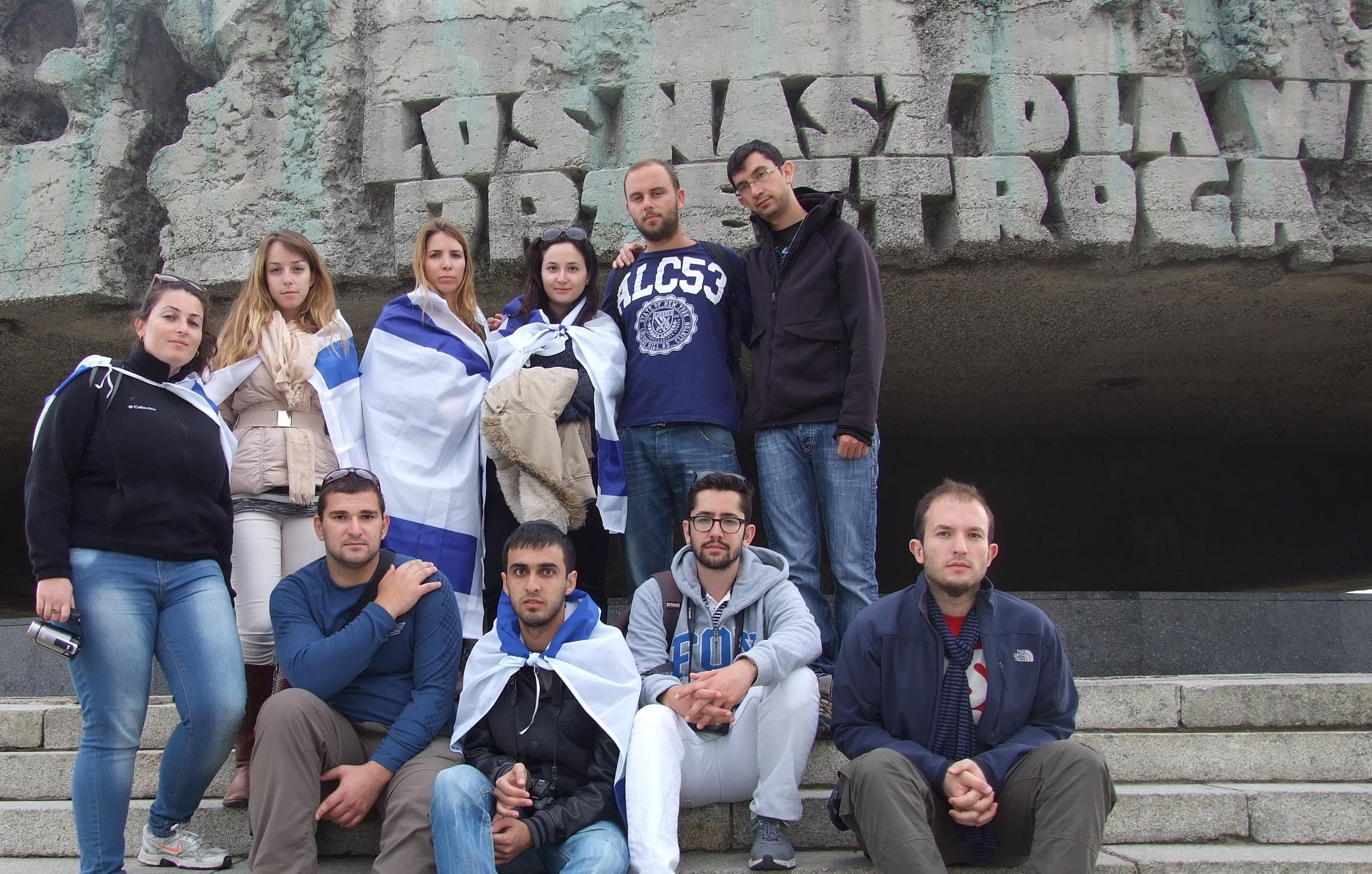 Many of the students who come to Ben Gurion University praise the rich campus life, the social involvement and the ability to create and initiate in an enabling environment. Many of them aren’t aware of the fact that community life has been a part of the Jewish world for centuries and that even today there are active Jewish communities outside of Israel. Programs, like “Phoenix,” which create an encounter with students living in Jewish communities outside of Israel, allow Israeli students to experience Jewish community life and explore their own place within the Israeli society as part of the Jewish People and their belonging to a community.

The Phoenix program is an international program initiated and headed by Genesis Philanthropy Group with Yad Vashem, JDC and the Jewish Agency for Israel.

As part of the Phoenix program, a group of 65 students from across the FSU were selected to participate in a delegation to Poland and Lithuania, on a journey following Jewish life before and after the Holocaust. This year, Israeli students from Hillel BGU joined the delegation. The Israeli delegation received the support of the president of Ben Gurion University, Prof. Rivka Carmi, who met with the group before their departure and discussed leadership and Jewish Peoplehood while hearing about the students’ experiences as new Olim.

Throughout the program, the students were given the opportunity to further their knowledge and understanding of the Holocaust in general and specifically the practical lessons that can be learned from it. They also met and volunteered with Holocaust survivors, got to know more about Jewish life in modern Eastern Europe and connected with Russian-speaking, non-Israeli students. As a result of the program, we believe the Israeli students will further explore their own Jewish identity, create opportunities to develop leadership skills and acquire tools that will allow them to educate and work for a better society.

Katya Averbukh, a second year medical student said: “I will always remember the synagogue in Warsaw. When we were there, I had tears in my eyes and it was such a moving experience to see their happiness. That morning we went to Treblinka and then we came back and had Kabbalat Shabbat in shul. When we sang Lecha Dodi they sang and danced and it was amazing and moving and we were part of a community. Seeing the happiness in Warsaw after everything we had seen that day… this is another scene that is a part of the history of the Jewish People and we’re still here despite the Holocaust. Suddenly after, and despite of, Treblinka, there is still a Jewish community that welcomes Shabbat.”

Marina Neguinsky, a third year nursing student adds a personal perspective. “This delegation helped me connect with my family roots and today I’m working on documenting my family’s history. My grandparents are gone, but I’m asking my father. My family’s story has attained a much bigger meaning…”

Post delegation, the students are harnessing the experiences they had toward creating initiatives for the community in Be’er Sheva and creating engaging content for young, Russian-speaking, students.

Michael Gurevitch, a first year Political Sciences student, said after returning to Israel; “I didn’t come back more Jewish, but I did come back a different Jew.” He added; “I feel a lot more connected to the Holocaust and our history and that was my goal. This connection is important to me because it’s not something I have every day. It makes me want to connect with my Jewish heritage… I would like my initiative to be working on documenting the story and passing it on… The fact that this is an ongoing process makes the delegation much more meaningful.”

Odelia Shalev is the Director of Hillel at Ben Gurion University. This post was originally published by Hillel Israel. A student perspective on the program is also published on the Hillel Israel website.