You are here:
Spotlight 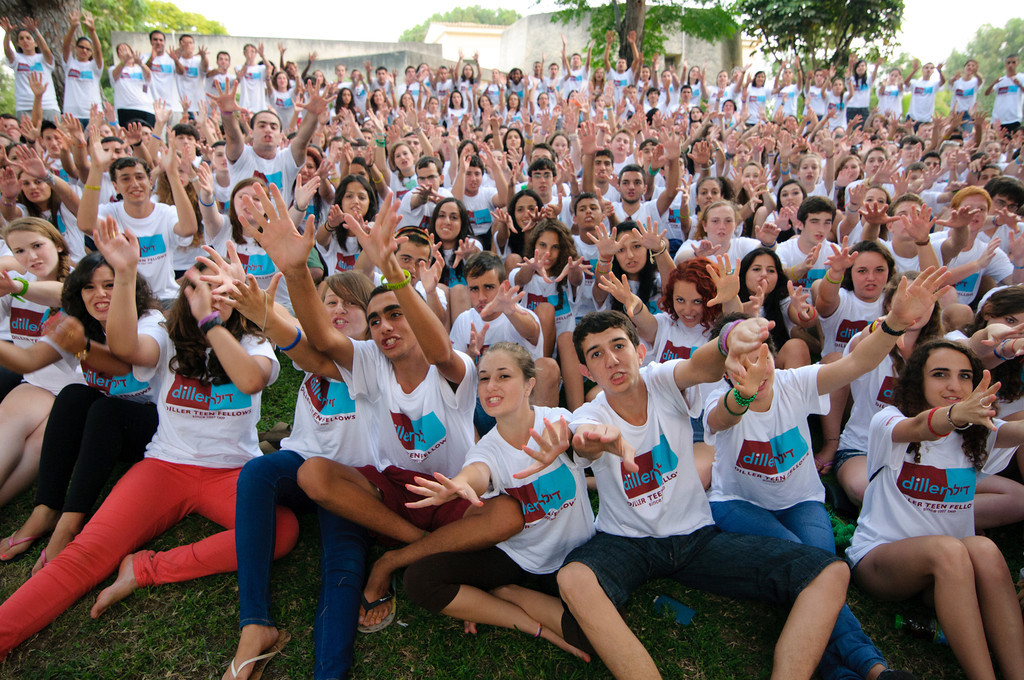 In our spotlight series, we highlight the work of excellent Peoplehood educators and programs. In this edition, we hear from Liat Cohen Raviv, Senior Director of the International Diller Teen Fellows.

1.     Tell us about a Jewish Peoplehood experience that you have had.

My most memorable experience was actually someone else’s experience!  It was borrowed from a young Native American lad who I met by chance in Winnipeg, Canada.  I met him during a trip of the Partnership Together steering committee from the Upper Galilee (on which I served as a volunteer), when he shared with us some anecdotes from an Israel trip he took with other youths from his community.  He told us, among other things, just how friendly and wonderful our country was.  When he finished, I went up to him and thanked him for his interesting perspective and asked him:  “Why Israel?”  He answered simply: “Our own native community is losing its identity.  Our tribe’s chief thought it would be worthwhile to draw inspiration from a nation that has preserved its identity for three thousand years.”  How wonderful!  It encapsulates the first layer of our Peoplehood perfectly.

On a conceptual level, many of my experiences came to me before we ever defined the term and notion of Jewish Peoplehood and before it became central in our discourse on identity and in the field of Jewish education.  Looking back, something was missing then.  Today, as a Jewish educator who generates and accompanies such experiences for youths, it’s clear to me how important it is to have a correct set of terms as a tool for more richly processing these experiences.  On the other hand, as time went on, this lack of a term helped me formulate my personal perception and understanding of Jewish Peoplehood and its significance.

2.     How did you become a practitioner of Jewish Peoplehood?

I have had the privilege and honor of being a part of the Diller Teen Fellows program since its inception in 1998—beginning as a volunteer on the Partnership-2-Gether (then “Partnership 2000”) steering committee in the Upper Galilee.  I remained on the committee due to my strong connection with informal education and the terrific enjoyment I derived from having a free laboratory at my disposal for creating and developing teen leadership models.  Over the years, we elaborated the program’s Jewish discourse—as a response to the lack of such a discourse in other programs, mainly on the Israeli side.

In 2006, when the Diller program became international, we were asked by our board to identify the program’s added value and build platforms for leveraging that value.  And that’s exactly what we did.  We built the “Diller Teen Fellows International Congress”, to which we invite 400 teens, over 60 alumni and 30 staff members, from twenty different Jewish communities across Israel, the U.S. and Canada to assemble in one place, to discuss their personal and community identities from both a national and international perspective.

We ask the teens to imagine themselves as passengers on a train that left its first station 3,400 years ago, to embark on a journey that has turned out to be full of jolts and adventures.  We open their eyes to the privilege they have of being able to design the train’s cars.  We draw their attention to the fact that, one day, they will need to replace the train’s navigation and operations crew, including the conductor.

This year the Diller Teen Fellows Congress will be assembling for its seventh time.  With the passing of years, we’ve found ourselves positioned at the core of a palpable Jewish Peoplehood experience.  For an individual to actively opt to remain on the train and develop the requisite tools for moving comfortably between the different cars—that’s the greatest gift we give our teens, and in my mind, the generator and essence of Jewish Peoplehood.  Allow me to quote Avraham Infeld, who once said: “Everybody talks about Peoplehood, Diller does Peoplehood.”

3.     How can we advance the field of Jewish Peoplehood?

I find the term “field” of Jewish Peoplehood a bit problematic.  I think we have the field of Jewish education and that Jewish Peoplehood is one layer of that field; certainly an important and significant layer, but one. One of the challenges educational organizations have in our region involves exactly that.  We tend to talk about and treat Jewish Peoplehood as if it were something one-dimensional or merely a vehicle.  In my opinion, it is multidimensional and an objective unto itself. 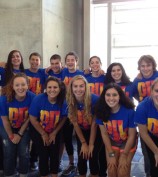 4.     What do you think is the most significant challenge for the Jewish People today?

There are many challenges facing us and the list, unfortunately, is long. In Israel there’s an intense sense of alienation between the religious and the secular.  During the age of identity formation, we see secular young people who interpret Judaism as being solely a religion, and it’s a pity.  They’re missing the opportunity to profit from years of Jewish history, values and tradition that they can acquire for their personal identities in order to be fuller and better people.  At the same time we see traditional and religious youths who also interpret Judaism as being exclusively a religion—so they’re missing the exact same things.  And what makes things worse:  We have both a ‘state’ and ‘state-religious’ education system that doesn’t do enough in order to bring about a conceptual-critical change in this area, which is needed starting from an early age.  From a broader perspective, we have thousands of teens who are simply overlooking one another.  And when the time comes, they will need to lead this diverse country together.

In North America we have other challenges.  There are giant communities in North America that are growing and becoming stronger; this in contrast with other, smaller communities that are becoming weaker and growing older.  Due to financial challenges, such communities are losing their Jewish institutions and with them, many members of the community.  Together with that, the stronger communities have convinced themselves that they are pluralistic, which in my opinion is an overstatement that will extract a price in due course.  I mean between us, multiple synagogues from different denominations—each managing itself independently, focused on self maintenance and almost totally cut off from the others—isn’t a very pluralistic model in my mind.

We have a further challenge, this one with a broader perspective:  There are a diversity of significant and colorful communities across the world, outside of Israel and North America, i.e., Australia, Europe, South Africa and South America.  This portion of world Jewry carries considerable weight in the global Jewish narrative, yet these communities are not accorded a place in this discourse.  What do we even know about them?

5.     What should be the greatest contribution of the Jewish People to the world in the next century?

Up to now, with all the jolts and challenges—and perhaps because of these—we’ve contributed no small amount to this world.  Whether it’s our set of Jewish values, which were first delivered at Mt. Sinai and over the years translated into universal values (our first societal “startup” as a nation), whether it’s through the realization of the concept of ‘Tikkun Olam’, which serves as a strong basis for varied and extensive endeavors, inside and outside the Jewish community.  Or whether it’s our contribution to the sciences, medicine, the emerging e-world and more.

When I think about it our existence as an ancient, community-oriented entity, with a defined and unambiguous profile that spans the generations- is our biggest contribution to a global world that has an abundance of cultures, kingdoms, diverse languages and faiths.  We are one continuous line running as a leitmotif in this world.  We offer a concrete example and response to the need for sustainability and human survival.

Beyond that, we need to strive to be better people, Jews or non-Jews.

6.     Other thoughts about Jewish Peoplehood……

I suggest dividing the notion of Jewish Peoplehood according to three different levels, which I think might help the individual to understand it more simply:

On the personal level:  Jewish Peoplehood is simply the instinctive feeling we all have, that we are part of one large story, that we’re one family, one Jewish nation.  This instinct becomes “Peoplehood” when we translate it into something active; when we choose to take active part in the story (inspired by Dr. Shlomi Ravid).

On the national level: collective Jewish identity (Jewish values, tradition, culture, literature, etc.) – whose role is to accentuate the common denominator between the different divisions and denominations of the Jewish People.  The goal is to preserve our people’s resiliency and unity against the forces that disintegrate and assimilate us.

On the technical level: Peoplehood is the collective existence of meaningful relationships between Jewish individuals/communities throughout the world, each of similar weight and importance (with Israel being the heart of the hood).

Liat Cohen Raviv is the Senior Director of the International Diller Teen Fellows.

The Names We Call Ourselves – New JDov Resource
January 24, 2016

POLIN – The Museum of the History of Polish Jews – Changing Conceptions of Jewish Past and Future
May 28, 2015

Peoplehood and Neighborhood: The Two Poles of Jewish Identity
October 6, 2014