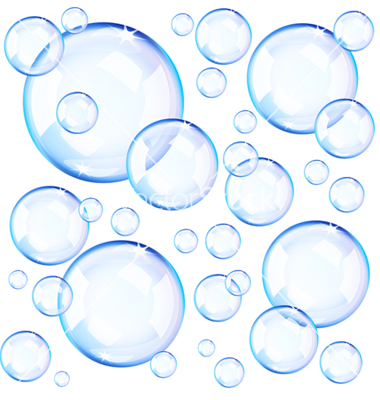 The most overused and abused word in the Jewish world must surely be “community.” Here in Los Angeles, we’re often told that we’re all part of some grand “Jewish community,” but deep down, we know better. If by community we mean a group of like-minded people whose company we enjoy, then the only communities we really belong to are little sub-communities of contentment.

Sure, we can claim that those sub-communities together form a greater whole, but if they remain isolated and have little to do with one another, that greater whole has no soul. “Community” becomes an abstract term we throw out at committee meetings and fundraising dinners to make ourselves feel better.

Even in my Modern Orthodox Pico-Robertson neighborhood, it’s meaningless to talk about a “Pico-Robertson community.” It’s more accurate to talk about little clusters of Jews who belong to different shuls based on where they feel most comfortable. These clusters, or bubbles, are what really nourish us.

This holds true for all denominations. Our real source of nourishment is not some greater community, but the specific congregations and groups we belong to and with whom we have the closest contact.

It is the human contact within these bubbles that creates intimacy, friendship and loyalty.

So, when we complain that the Jewish people today are so divided, let’s remember the power of these bubbles. They represent our human inclination to favor the familiar. Simply put, we prefer hanging out with like-minded people who make us feel good.

There’s nothing particularly wrong with that, but it also comes at a price. The less contact there is between our bubbles, the less we feel part of something bigger, and the greater the chance that community discourse will lack empathy and turn judgmental, intolerant and even hateful.

When we’re ensconced comfortably in our bubbles, we gradually lose our curiosity or interest in other Jews, which creates a tendency to judge the other more narrowly and harshly.

If I have one wish for our community for the coming year, it is to ignite our curiosity gene so that we will embrace the unfamiliar and broaden our community horizons.

In the midst of the ugly and divisive debate over the Iran nuclear deal, we need now, more than ever, to go beyond our political differences in the service of a higher calling. For starters, we need to find differences that bring us joy rather than pain.

There are people doing this in our community. One of my favorite examples is from a few months ago, when a Reform rabbi, Sarah Bassin of Temple Emanuel of Beverly Hills, decided to adopt the Sephardic custom of Mimouna, the festive evening that closes the Passover holiday. Rabbi Bassin and her partners wanted to create a communitywide Mimouna event, and she asked for my advice and participation.

The event wasn’t exactly the Mimouna of my childhood in Morocco, but it was the same idea of sampling from many different tables in a festive environment. I remember thinking that night: I can’t believe I’m at a Mimouna party organized by an Ashkenazi Reform rabbi in Los Angeles!

There are countless other traditions and “differences” we can share with one another to bring the community closer together and take some of the edge off our political differences.

I’m a Sephardic Jew who loves his Sephardic tradition, but I’m also curious about other Jewish traditions. Ironically, it’s through experiencing these other traditions that I can better appreciate how much all Jews share in common.

For example, when I hear radically different melodies for the same Hebrew prayers, what moves me most is the notion that for thousands of years these prayers themselves have never changed — and they’ve kept us together.

On Rosh Hashanah, my son and I have this tradition where we split our day between services at a Sephardic synagogue and an Ashkenazic one. The melodies, the sounds, the rhythms are so different at these services it’s hard to believe they’re from the same religion. But here’s the thing: The words themselves are virtually identical.

That’s the miracle of the Jewish story — everything seems to change except for what’s most important.

When you work at a Jewish community paper as I do, you get to  interact with all the different Jewish bubbles — and, yes, they are definitely different. But these differences can make us forget the deep and eternal heritage we all have in common.

Building a sense of genuine community means embracing these differences while tapping into our common heritage. It means getting out of our bubbles, even if it makes us uncomfortable. It means aiming for Jewish peoplehood rather than Jewish bubblehood.

In the coming year, let us awaken our sense of curiosity toward our fellow Jews and honor and strengthen a miraculous bond that has endured for 5,775 years.

David Suissa is president of TRIBE Media Corp./Jewish Journal and can be reached at davids@jewishjournal.com.

This article was originally published in the LA Jewish Journal. Reprinted with permission.