What is the meaning today of a global Zionist youth movement? 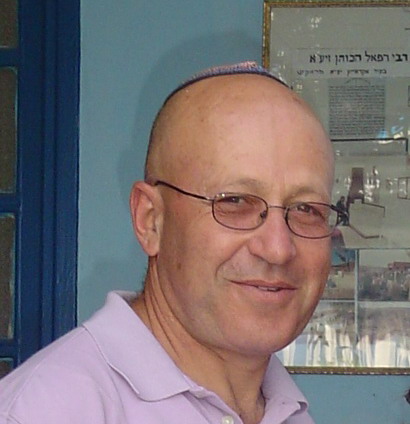 We can all imagine just how different they are. Clearly a young Jew growing up today in Paris with the anxieties we all know about, the threats we have all read about and experienced if we have done anything Jewish in Paris over the past few years, has a totally different set of formative experiences from those of a young Jew in Vancouver.

Try and imagine the lives of 16 year old Jewish teens in Melbourne where existential threat means very little if anything at all to the young Australian Jews and life in Caulfield is as Jewish as about, well as about anywhere in the world. How different this life is from that of the young Jews in Johannesburg.

In all of these places, Paris, Vancouver, Melbourne, Johannesburg, Christchurch and Los Angeles, and many more, you find members of Habonim Dror today active in the largest International Zionist Youth Movement which is not synagogue based. What binds them together? It is clear what they do not share. The socio economic differences, the cultural differences, the differences of history are all too obvious even to the most inexperienced observer. It is too glib a statement to suggest that they share an ideology, for surely ideology must be trumped by the powerful impact of living in a post Apartheid South Africa, or the Jewish loneliness of Wellington, or the fear which often accompanies Jewish togetherness in the streets of Marseilles.

Habonim Dror is a Progressive Zionist Youth Movement born out of a 1980s marriage between the Socialist Dror Youth Movement of Eastern European origins from the early days of the 20th century which had its moments of great glory both fighting in the ghettoes of Europe as young Jewish people rose up against the Nazi murderers and founding Kibbutzim in Israel, and Habonim the British creation created to bring both Yiddishkeit and scouting opportunities to young boys in the East End of London, excluded from Boy Scouts when they were not only homophobic but anti-Semitic as well. Habonim grew into a passionately Zionist Pioneering movement with the outbreak of World War 2 and the obvious need to shift its focus.

But this is 2014, a post Heroic phase in Jewish and Zionist History; surely these commitments are now passé. Well not for us in Habonim Dror. What binds us internationally in spite of the local differences is the understanding that the task is incomplete. What Israel and the Jewish People desperately need are young people, activists, who continue with a commitment to building the State, to a vision of social solidarity. Young people who are not going to be satisfied with Israel as it is or Judaism as it is or the status of social justice as it is, but rather understand that the task of Halutzic (pioneering) Zionism lies in front of us as much as it lies behind us. We share as an international movement a refusal to accept that this is as good as it gets. We have not worked over the centuries to end up with a Jewish state plagued by racism, injustice and inequality.